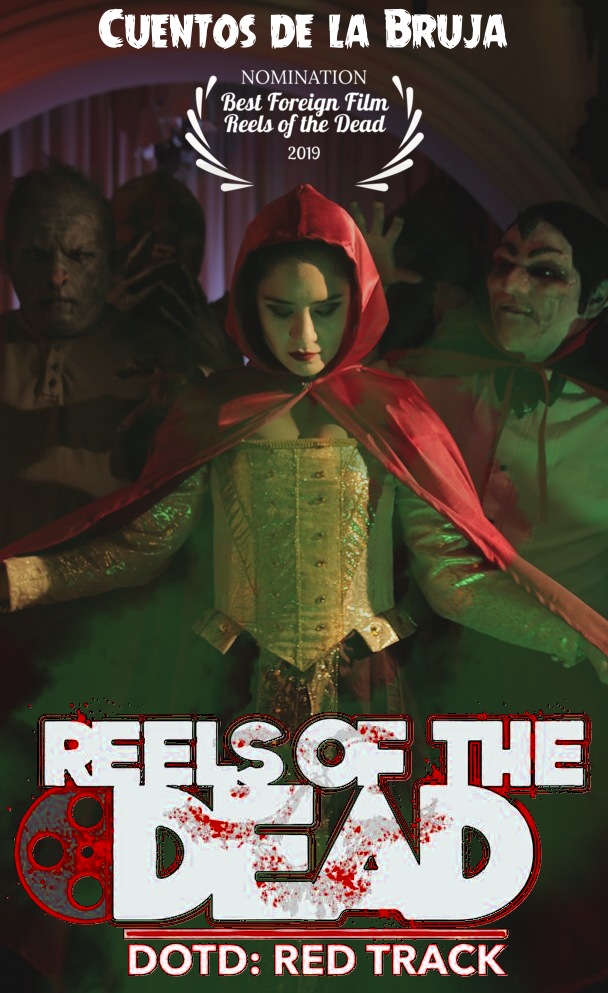 Filmmaker Mike T. Lyddon’s new horror anthology feature film made in Peru, CUENTOS DE LA BRUJA aka WITCH TALES has been nominated for Best Foreign Feature Film of 2019 at the 2020 Atlanta Days of the Dead – Reels of the Dead convention and film festival to be held February 7, 8, and 9.
The movie starring well known Peruvian actress Mayella Lloclla was an official selection at Days of the Dead last January 2019 and shown at the Atlanta film festival at that time.
Cuentos de la Bruja contains three stories based upon lesser-known pre-code horror comic books of the 1950s in the vein of Tales from the Crypt, etc.

For more information on the Days of the Dead event in Atlanta, please click HERE.