Witch Tales is based upon 1950s pre-code horror comics in the vein of Tales from the Crypt and is hosted by a seductive witch who has a few wicked plans for the kids on Halloween night!
Witch Tales (Cuentos de la Bruja) is the first horror anthology movie in the history of cinema filmed in two languages at the same time utilizing a bi-lingual cast.
The indie horror film was an official entry in 12 film festivals and won 6 awards including Best Feature Film, Best B-Movie, and Best Special Make-up Effects. It showed at the famous “Horror-on-Sea” UK festival and at Flicks Film Festival in London where it picked up the award for Best B-Movie of 2019.
You can now Watch WITCH TALES on AMAZON Video on Demand.

If you prefer physical media, it is also available on Blu-ray. 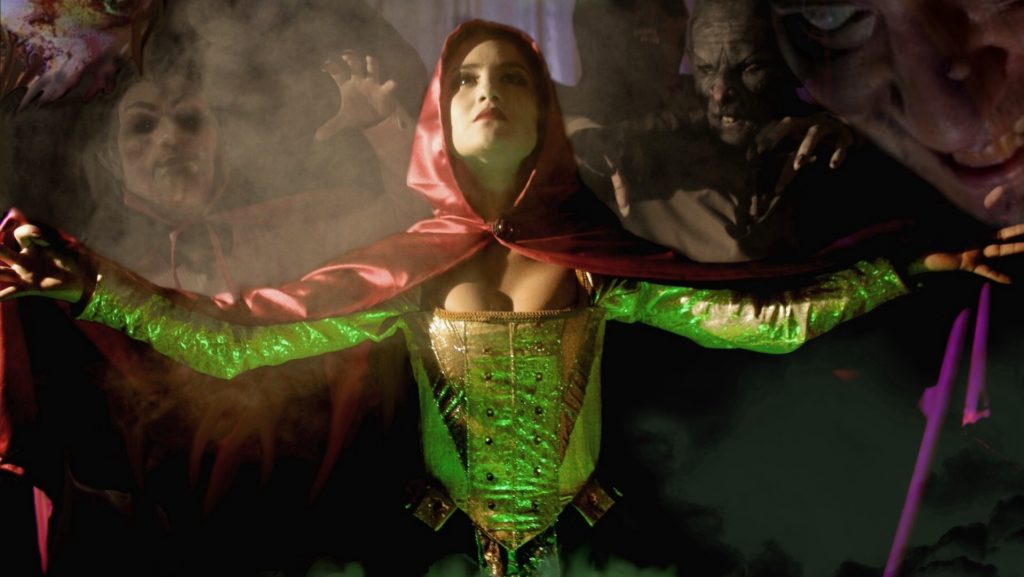