Dateline: Atlanta, Ga. – REELS OF THE DEAD, the official film festival of DAYS OF THE DEAD horror convention being held this weekend in Atlanta, Georgia, will be presenting the North American premiere of CUENTOS DE LA BRUJA (WITCH TALES), a new horror anthology movie from independent genre filmmaker Mike T. Lyddon, shot entirely in Peru with a bilingual cast producing both an English and Spanish version of the film.  The version showing at DAYS OF THE DEAD is in Spanish with English subtitles.
For more info on the convention, please visit the OFFICIAL WEB SITE. 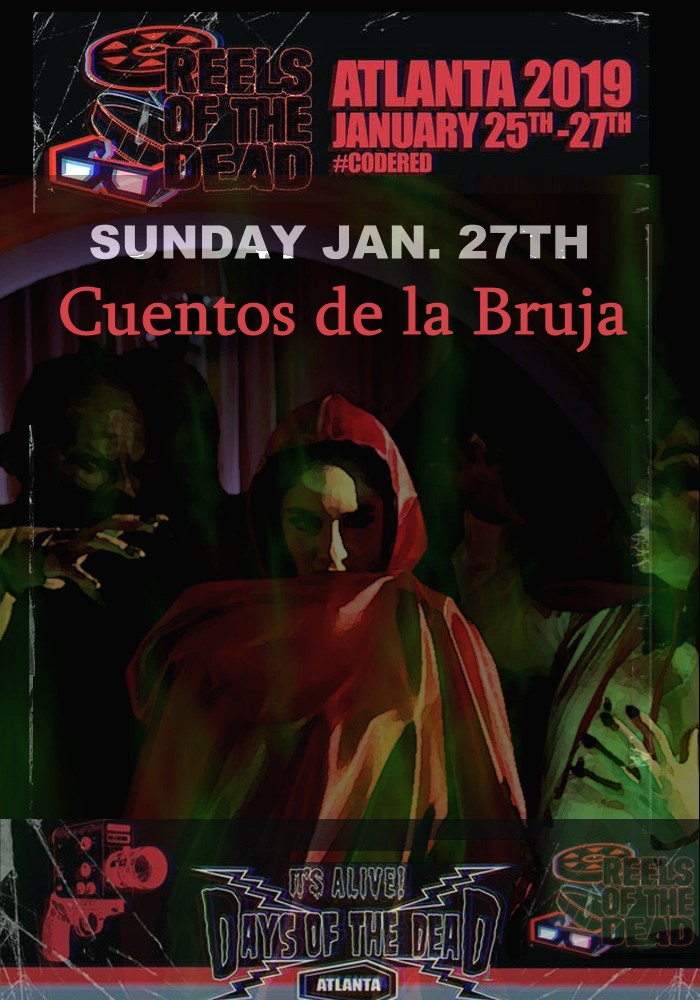