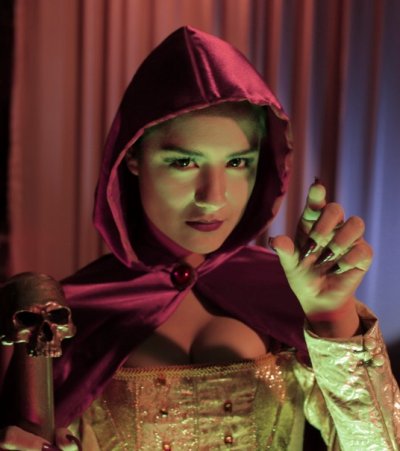 After the screening at this year’s Horror On Sea Film Festival in the UK, a few film critics are now posting their reviews of WITCH TALES aka CUENTOS DE LA BRUJA, the new horror anthology movie from filmmaker Mike T. Lyddon.

The first review comes from Joseph Perry of Ghastly Grinning, and is overall a very good take on the indie film.

“Lyddon knows how to tell a fright-fare story well, and he paces the proceedings nicely.”
“Fans of vintage horror comics and horror anthologies…should find this film well worth seeking out.”
“The special effects led by Nanistronix Crimson are impressive, and the film doesn’t hold off on either splatter or grue.”

WITCH TALES will go into distribution in the Spring of 2020, so keep checking back for more info.