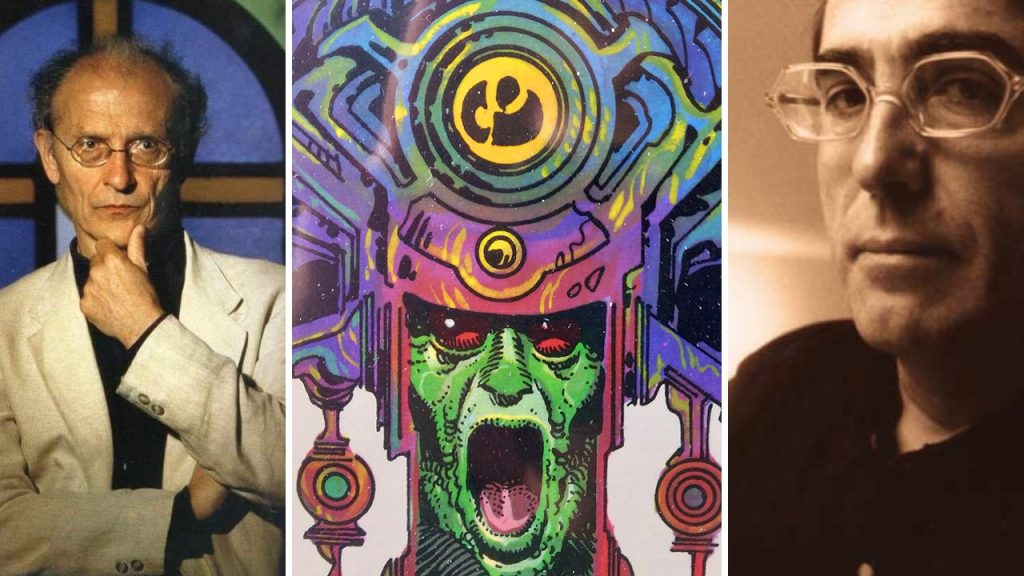 We look at Nueva Frontera Spanish Issue of Metal Hurlant #12 (1983) with the only known cover collaboration by Philippe Druillet and Jean Giraud “Moebius.” This cover first appeared in the 1980 edition of the original French Metal Hurlant #57 (special edition).
Other artists in this issue included Voss, Morisi, the incredible line art of Bihannic, and an episode of THE INCAL by Moebius and Jodorowsky.
While Metal Hurlant debuted in France in 1975 by founders Jean Giraud aka Moebius, Philippe Druillet, Dionnet, and Farkas, the Spanish language edition of Metal Hurlant didn’t surface in name in Spain until 1982.  TOTEM was the original spanish magazine that more closely mirrored the French publication during the late 1970s.
For fans of both Metal Hurlant and Heavy Metal magazines, I highly recommend the excellent new book “METAL HURLANT: 1975 to 1984” published in 2022 by Les Humanoides Associes. 290 pages featuring many of the great early stories from the magazine and many extras, now on sale.