Metal Hurlant From Page to Screen – How Heavy Metal Magazine Influenced Science Fiction Cinema with Links to All Movies!
by Mike T. Lyddon 12/18/2022
Watch the entire video here.
Everyone is familiar with the classic Heavy Metal animated film released in 1981 but this was not the first film venture in the Heavy Metal universe.
More than a decade earlier in 1969, years before the launch of Metal Hurlant in France and Heavy Metal magazine in the United States, artist Richard Corben made a short live action and animated film called NEVERWHERE. This was the crude yet effective origin story of Corben’s DEN, a popular comic book series that would be officially introduced in Metal Hurlant in 1975 and Heavy Metal magazine in 1977. There is no doubt that the makers of the Heavy Metal movie in 1981 were inspired by both Corben’s original short film and his amazing comic strip in the magazines.
In 1973, French filmmaker Rene Laloux’s landmark animated science fiction feature FANTASTIC PLANET hit theater screens worldwide. This bizarre and visually stunning film pre-dated the magazines but it’s influence would later be seen in the pages of Metal Hurlant and Heavy Metal for years to come.
Years later, Laloux would make the 1988 animated feature Gandahar aka Light Years with production design by Phillipe Caza, a major force in the Metal Hurlant / Heavy Metal universe. The film was also translated into english by famous sci-fi author, Isaac Asimov.
For Phillipe Caza, his journey in Metal Hurlant began in 1977. He did numerous covers and stories for the magazine, many of which were reprinted in Heavy Metal. His fantastic production design in Laloux’s Gandahar makes the film the visual feast that it is.
In 1976, writer Dan O’Bannon would collaborate with Moebius on the two part science fiction comic strip, The Long Tomorrow, published to great acclaim in issues 7 and 8 of Metal Hurlant, then in the July and August 1977 issues of Heavy Metal.
Moebius’ depiction of the near future with massive, congested and delapidated mega-cities with mile high sky scrapers and flying cars influenced Ridley Scott and his landmark science fiction film BLADE RUNNER in 1982.

Moebius and Dan O’Bannon would collaborate again on the classic 1979 sci-fi horror film ALIEN with O’Bannon supplying the screenplay and Moebius as one of the key concept artists.
Moebius would go on to lend his conceptual and production design talents to Tron in 1982, Willow in 1988, The Abyss in 1989, and The Fifth Element in 1997, directed by fellow Frenchman, Luc Besson.

It should be noted that not only was Moebius the co-founder of Metal Hurlant magazine, he was one of the biggest contributors to the publication and his influence on the look of science fiction films of the 70s, 80s, and 90s is massive.
After Alien, Dan O’bannon would go on to make one of the greatest zombie movies of all time, Return of the Living Dead in 1985, a film that has the earmarks of Metal Hurlant and Heavy Metal all over it, even down to the production design of master artist William Stout who also contributed art to Heavy Metal.
Heavy Metal alumnus H.R. Giger’s influence on the Alien films and pop culture in general is astounding. His visualizations of the Alien creatures, their ships, and physiology made Alien the monumental sci-fi horror breakthrough that it was in 1979. He contributed a few covers to Metal Hurlant and Heavy Metal along with some very interesting interior content including his surreal pictorial with Blondie lead singer Debbie Harry in the December 1981 issue.
Enki Bilal was a very Popular Metal Hurlant / Heavy Metal artist who did a variety of fantastic covers and interior stories including Exterminator 17 and the Nikopol trilogy which was the basis for his 2004 movie IMMORTAL about a 2095 Earth occupied by ancient gods and genetically altered humans. When a god is sentenced to death he seeks a new human host and a woman to bear his child.
Marc Caro was a Metal Hurlant artist whose work could be seen in Metal Hurlant in the late 1970’s. He was famously part of the Jeunet – Caro duo consisting of himself and Jean Jeunet who made such classic science fiction and fantasy films as Delicatessen and City of Lost Children.
Jeunet also directed my second favorite Alien film, Alien: Resurrection with Marc Caro as design supervisor. While Aliens and Alien 3 did little to expand upon the Alien universe, Alien Resurrection did more than make up for their shortcomings in world building. 200 years after her death, Ellen Ripley is revived as a powerful human/alien hybrid clone. Along with a crew of space pirates, she must again battle the deadly aliens and stop them from reaching Earth. This stunning work gives us yet more mutations and looks of the Aliens as well as a glimpse into their collective intelligence.
Last but not least we circle back with the great Moebius and his numerous collaborations with Alejandro Jodorworsky.
Jodorworsky is known for his violent and surreal films El Topo, Holy Mountain, and Santa Sangre.
He and Moebius began a years long serialization of THE INCAL: the cosmic adventures of 2nd rate private detective John Difool first appearing in Metal Hurlant #58 in 1980. It also started up in Heavy Metal in 1982 and has been recently announced as a forthcoming feature length live action film now in pre-production.
Both Moebius and Dan O’Bannon were involved in Jodorworsky’s failed attempt to make his version of Frank Herbert’s DUNE in the 1970’s but perhaps now we will see the beginnings of an epic saga of THE INCAL on the big screen very soon. 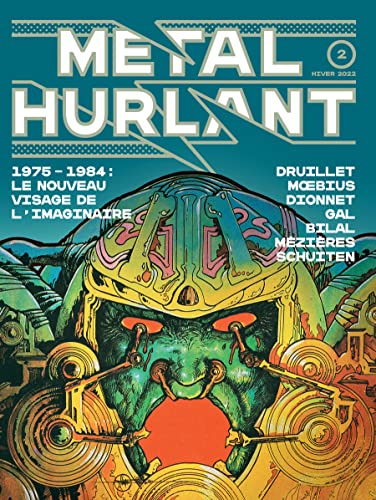 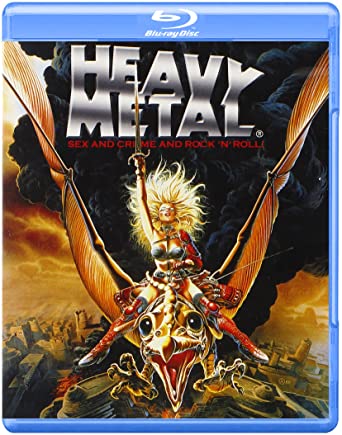 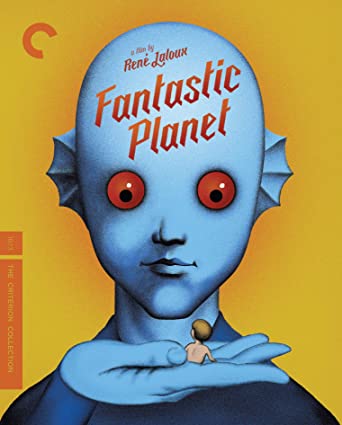 Gandahar aka Light Years (France 1988) Rene Laloux – production design by Philipe Caza
Issac Asimov wrote the English translation for the English version of the film.
Gandahar is currently only available on youtube –
https://www.youtube.com/watch?v=J3FsASNavdU&list=PLD0E4348BA371EF68

Jean Giraud Moebius
The Incal in Metal Hurlant 1980, in Heavy Metal 1982
The long running series written by Jodorowsky and drawn by Moebius.
Hardcover 316 page graphic novel on sale here
Soon to be a major motion picture, in pre-production now. 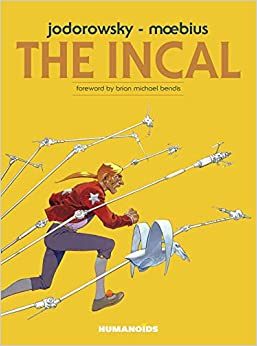 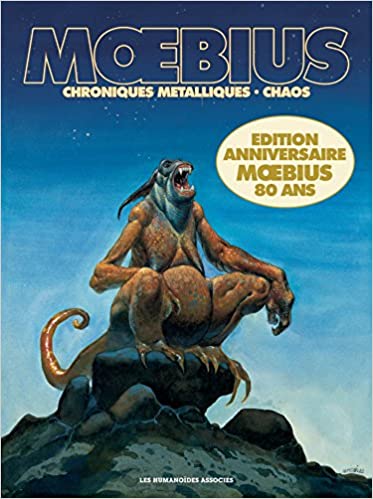 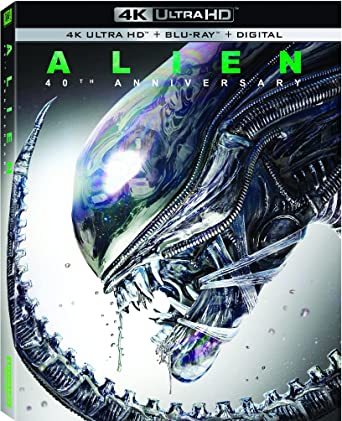 Richard Corben
Den first serialized in Metal Hurlant 1975, then used in the Heavy Metal movie in 1981.
Corben made a Den short film called “Neverwhere” in 1969, available on Youtube.
https://www.youtube.com/watch?v=JM3hjD_W0yI 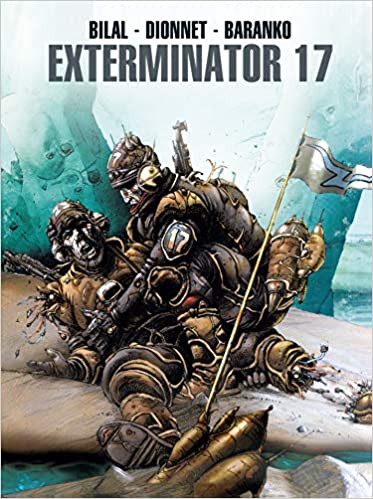 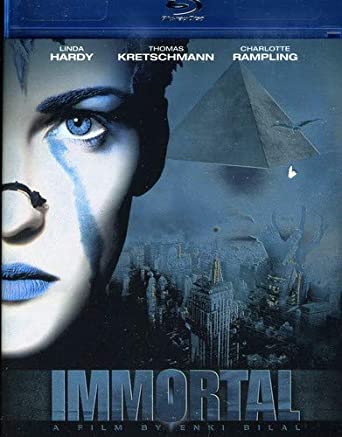 The Nikopol Trilogy – basis for Immortal film, in english –
https://amzn.to/3FJC3a5 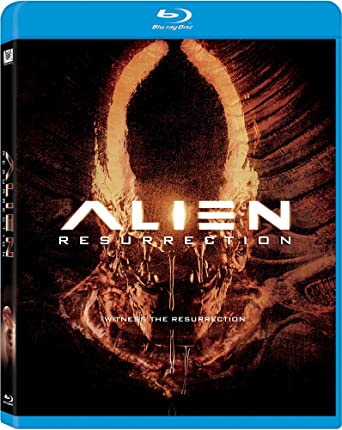 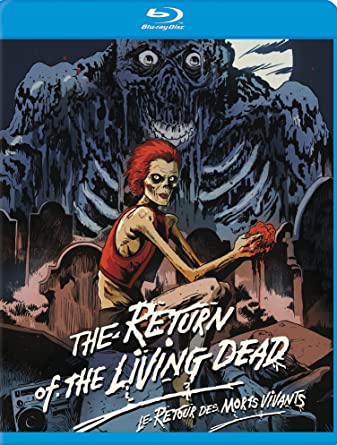