If you’ve been to a Dollar Tree lately, chances are you’ve seen a comic book called FINAL FACTION or a number of their related action figures along with some animated videos available on Youtube.
Final Faction hit the Dollar Tree shelves in 2021 and has been steadily releasing a variety of toys featuring members of the Alpha Team led by Sargeant Steadfast and his trusty dog Churro who jumps into a larger mechanized canine to help his friends battle the evil Kharn.
In addition to the regular Final Faction action figures and accessories, there are emerging limited edition toys including the very popular but kind of rare VENOM series of Kharn creatures that appear to be showing up at selected stores only.
Watch this Final Faction video to learn more about the universe and new toys they’ve added. 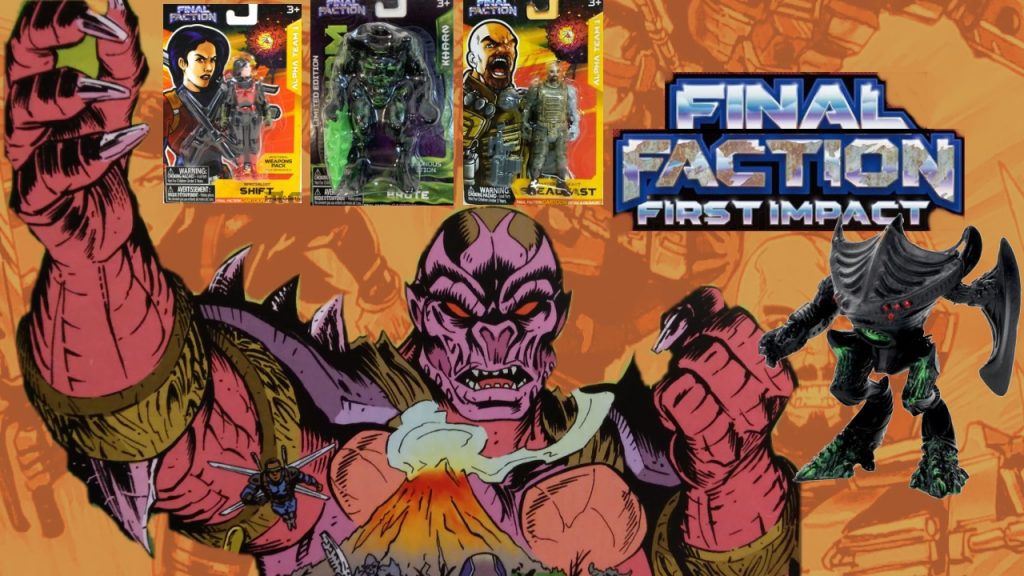