Hosts of the WICKED HORROR SHOW podcast, Kevin and Tony, welcome filmmaker Mike T. Lyddon on the show to discuss his latest feature horror anthology film WITCH TALES, his last feature FIRST MAN ON MARS, and his forthcoming pre-code comics documentary HAUNTED THRILLS.
Witch Tales: On Halloween night, the enchanting girl next door wants to invite you in for a treat….or a TRICK. Witch Tales is a horror anthology movie featuring three gruesome tales of terror presented by a seductive witch while she concocts a very special brew during Halloween eve.  The English version trailer is presented in the show.
First Man in Mars: The countdown to terror has begun. Astronaut Eli Cologne became the first man on Mars, but something went horribly wrong. Infected by an alien organism, he returned to Earth a savage monster with an unquenchable thirst for human flesh.  The original trailer is presented in the show.
Remembering CREATURE FROM THE BLACK LAGOON, and the surging popularity of COSMIC HORROR in both print and movies.  Fans of H.P. Lovecraft will find this of particular interest.
Lyddon is an award-winning writer, producer, director and special makeup effects artist known for the films Cut Up (1994), Zombie! vs. Mardi Gras (1999), Horror Anthology Movie Vol. 1 (2013) and Vol. 2 (2014) and First Man on Mars (2016). Short films include The Cordyceps Principle (2013), Thing in the Shed (2013), Footage Found Arabi (2013) and By the Hair of the Head (2014). He also filmed over 100 live indigenous and traditional music videos in South America for HowlingEarth.Com.
Click here to watch the show. 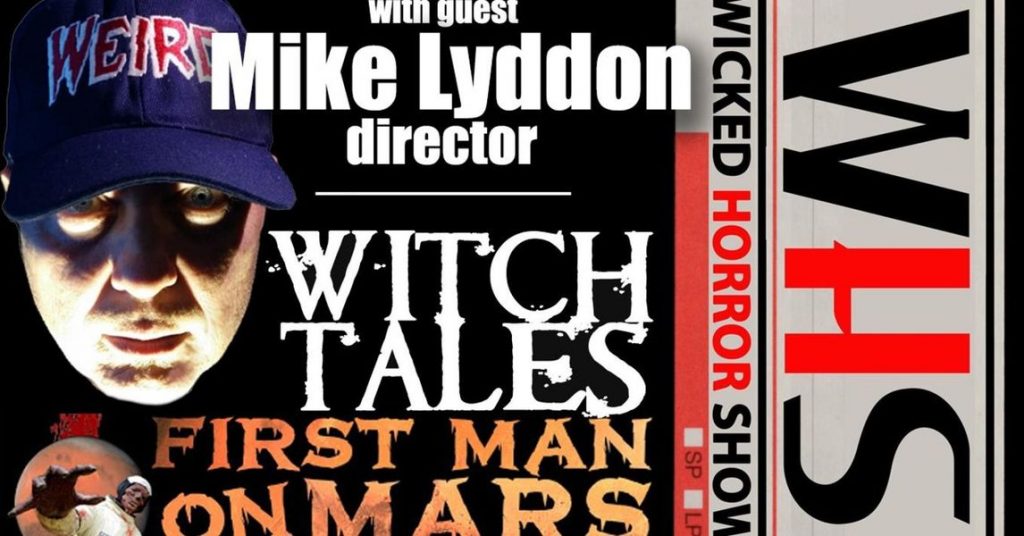