Two covers are homages to Hy Fleishman’s VAMPIRE’S BITE, a pre-code horror comic book story inside of Vampires #1.
One is of the insidious Vinutti the Vampire and the other is an homage to the splash page of Vampire’s Bite.

These custom art covers come with a COA and are now on sale on EBay. 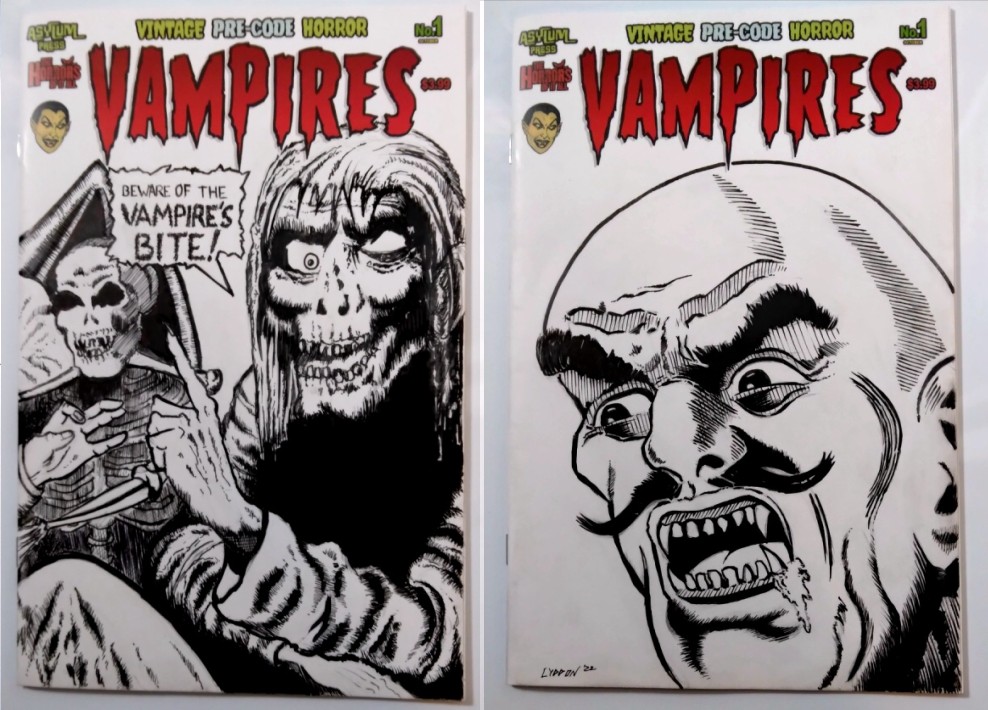