Asylum Press released the first in what appears to be a series of pre-code horror comic reprints beginning with VAMPIRES #1.
Filmmaker/artist Mike T. Lyddon (Haunted Thrills, Witch Tales) grabbed five blank variant issues and drew some pre-code homage covers that are now on sale on Ebay.

Two covers are homages to Dick Beck’s VAMPIRE CASTLE which is inside Vampires #1.
One is GGA of a damsel being menaced by a giant vampire bat!

The second is a creepy image of the vampire bat lusting after the woman’s blood.

These custom art covers come with a COA and are now on sale on EBay. 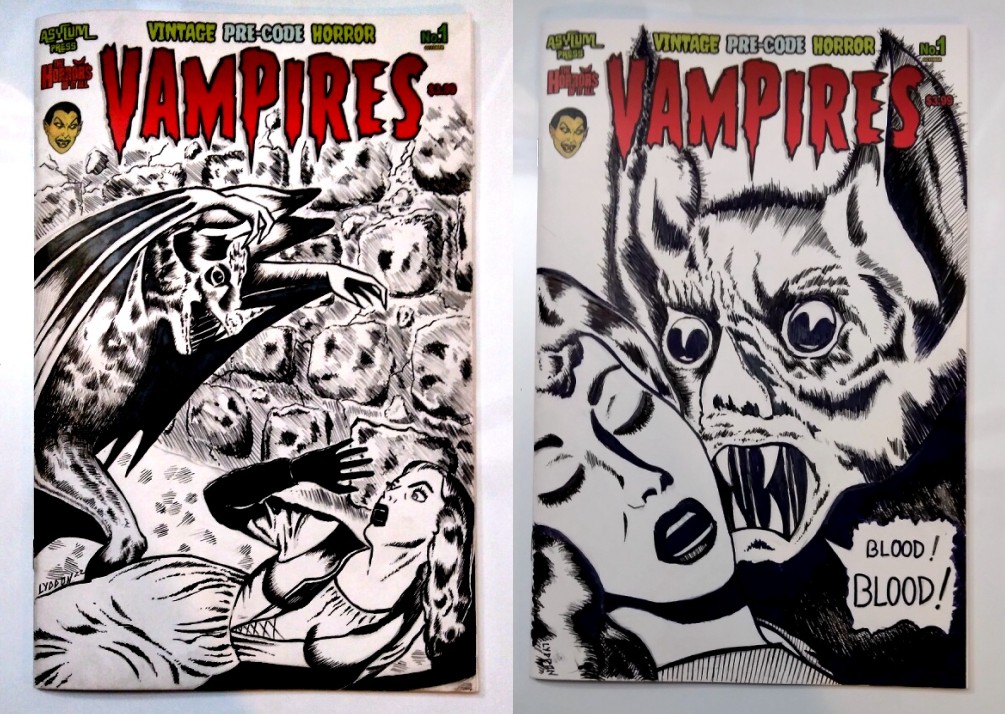