In 2019, Fig Biz and Incendium released some very special five inch action figures from two of the Heavy Metal movie and magazine’s most beloved characters: Taarna The Taarakian and Nelson, the b-17 Gunner zombie.  These figures were released separately and as an exclusive set celebrating the 300th issue of Heavy Metal magazine.  Included in the set were accessories such as Taarna’s magical sword and Nelson’s tailgunner machine gun and a box of ammo.  In addition to the figures, there are three lapel pins including Taarna, Nelson, and the classic Heavy Metal logo pin.
In this video we take a good look at the action figures and even do a minor re-paint on one of the figures to make him ghoulishly good!
Click here to watch the 2019 Heavy Metal Movie Taarna And B-17 Nelson Action Figures Video 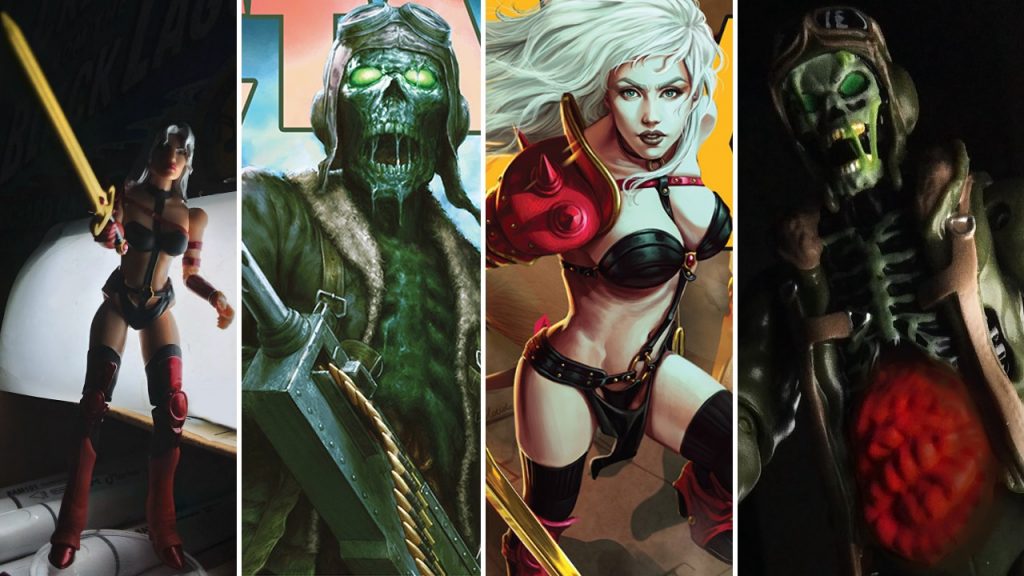