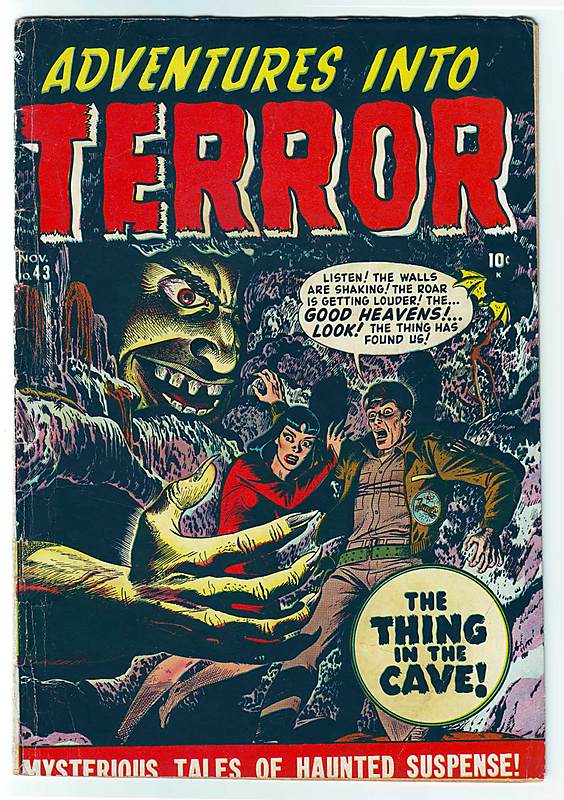 The cover story entitled “The Thing in the Cave” features the classic text as a couple tries to escape the clutches of a giant monster they’ve discovered in a deep, mysterious cavern.  As the giant misshapen hand grasps at the woman, the man yells, “Listen! The walls are shaking!  The roar is getting louder!  The…GOOD HEAVENS!  LOOK!  The thing has found us!”

This golden age horror anthology comic has been rated 4.0 which puts it at a decent lower mid-grade, a very desirable rating for many collectors and fans of pre-code horror comics.

It is important to note that there are two versions of this comic.  The original version was published by Atlas-Marvel in 1950, but Superior Publishing in Canada reprinted the issue later in the same year.

Click Here for more information on Adventures Into Terror 43.