Dateline: London – Director Mike T. Lyddon has confirmed that his latest horror opus CUENTOS DE LA BRUJA has picked up two awards from FLICKS FILM FEST LONDON.
The Peruvian made horror anthology film won for BEST B-MOVIE and BEST HORROR FILM in the April awards block and now goes onto the final judging in those categories at the FLICKS FILM FEST event at the end of June.
“I’m really stoked that Cuentos got the Best B-Movie award,” said Lyddon, “and we’ve had a great start to the 2019 film festival season.”
CUENTOS DE LA BRUJA is the spanish language version of the feature length anthology film currently on the festival circuit throughout 2019, while the english version of the film, WITCH TALES, is still being edited.
Short selections from the movie are also being considered for festivals worldwide. 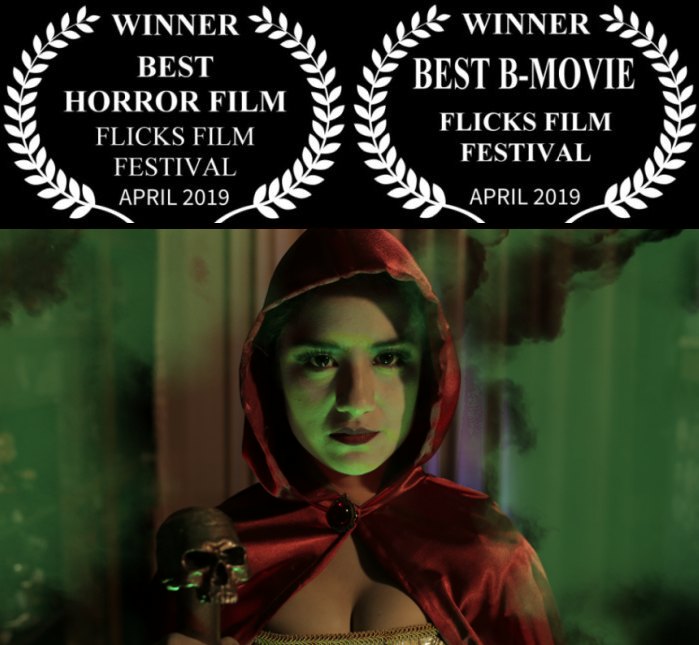