↓
Home Menu ↓
Skip to primary content
Skip to secondary content
Who dares journey into the mystic realm of DOCTOR WEIRD: Master of the Macabre?
I did, and I made a little video about it 😃
Doctor Weird 1970 comic book was Marvel master JIM STARLIN’S first comic book cover two years before he would join Marvel and make comics history with THE WARLOCK, THE AVENGERS, and others. It was also some of the first published work from George RR Martin, better known for GAME OF THRONES.
Dr. Weird aka The Golden Ghost first appeared in the 1963 first issue of Star Studded Comics published by the Texas Trio consisting of the character’s creator, Howard Keltner, Buddy Saunders, and Larry Herndon.
Watch the Doctor Weird video here. 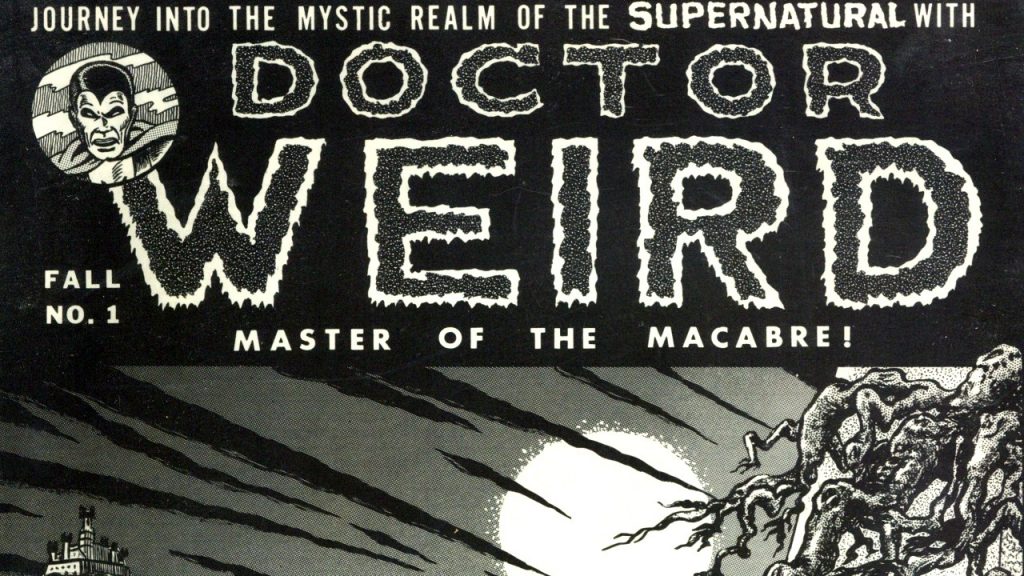