Many H.P. Lovecraft and Robert E. Howard enthusiasts are well aware of the great WEIRD TALES pulp magazine launched in 1923 by founders J. C. Henneberger and J. M. Lansinger, but few are aware that there existed a set of hardbound volumes called WEIRD TALES many years before the aforementioned pulp came out.
In 1888, William Paterson published a five volume travel set of tales of the mysterious and macabre called WEIRD TALES.  Each volume was labeled – American, English, German, Irish, and Scottish, denoting the country from whence these tomes of terror originated.
For example, the American volume features works by noted American writers such as Nathaniel Hawthorne and Edgar Allan Poe.
While single volumes can be found at fine booksellers shops around the world, it is very rare that a complete five volume set in fine condition can be found anywhere.
But now there is such a set available on Ebay for your perusal and at a price that guarantees it won’t last long. 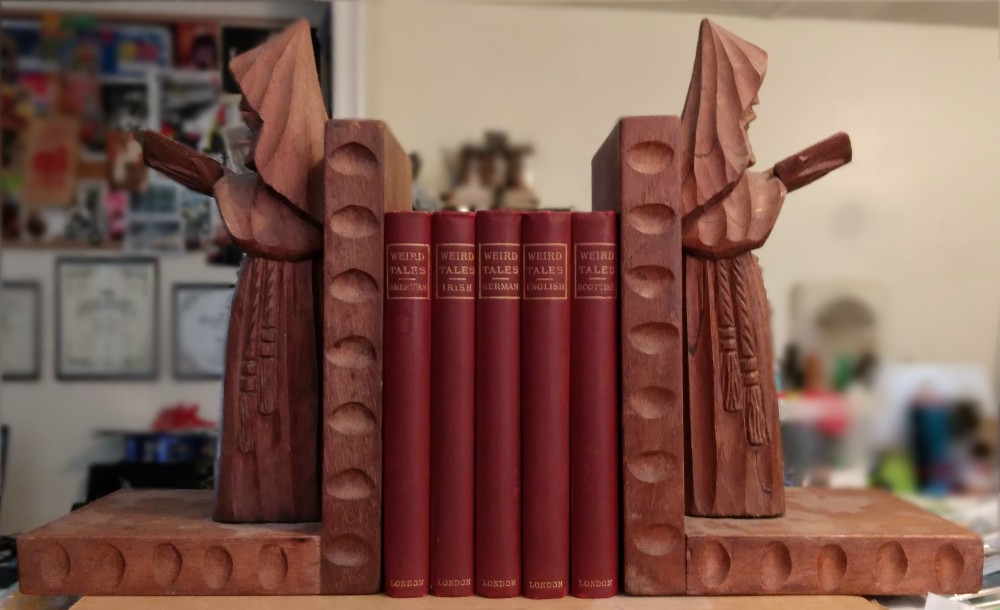