↓
Home Menu ↓
Skip to primary content
Skip to secondary content
HAUNTED THRILLS Archive presents:
Every Pre-code HORROR and SCI-FI Comic Book Ever Published PART ONE.
All pre-code horror and sci-fi comics by the numbers. How many publishers, titles, and issues published by each company.
In the world of Golden Age or, as Captain Strangelife says “The Atom Age” of pre-code sci-fi and horror comics, few books on the subject compare to Greg Sadowski’s fantastic book, FOUR COLOR FEAR, published by Fantagraphics Books in 2010.Not only is FOUR COLOR FEAR loaded with amazing color reproductions of a lot of key pre-code stories and covers, the notes collected, edited and presented in this terrifying tome really helped me with research on HAUNTED THRILLS, my own pre-code documentary currently doing the film festival rounds and available on several platforms including youtube, bitchute, and rumble.

Part one from ACE to EC 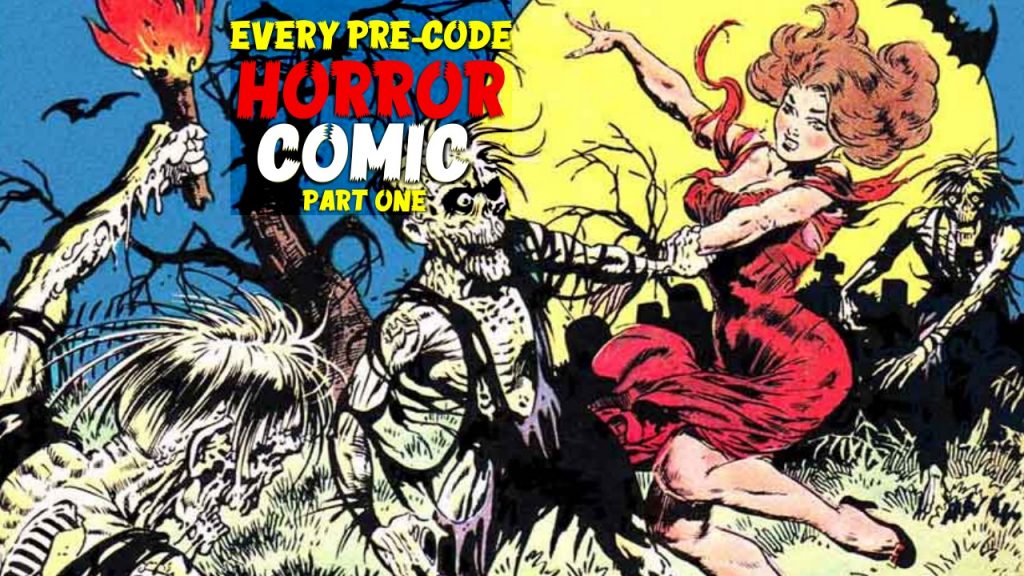