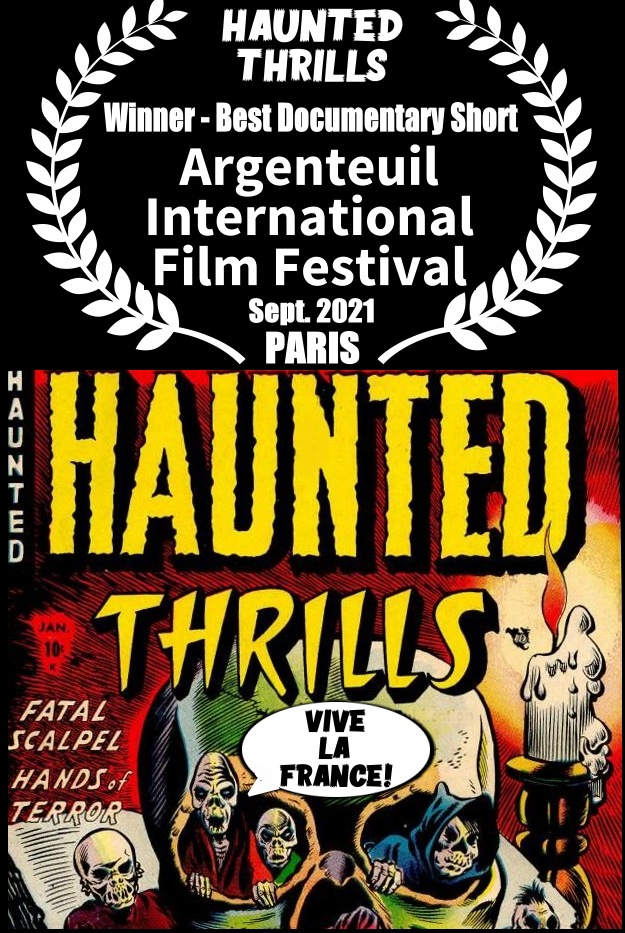 Dateline: Paris, France.
Mike T. Lyddon’s new film HAUNTED THRILLS has won the award for Best Short Documentary in the September edition of the Argenteuil International Film Festival in Paris, France.
The film now goes onto the final stage for the May 2022 film festival in Paris.
This is the 3rd award received by Haunted Thrills for Best Short Documentary Film.
Haunted Thrills is about the pre-code horror and sci-fi comic books of the late 1940s – early 50s and features interviews with three of the artists who worked in pre-code comics at the time.