Dateline: London – The feature length indie horror anthology movie from Peru has won in the major category of “BEST B-MOVIE” at the annual Flicks Film Festival awards in London.
CUENTOS DE LA BRUJA picked up the top prize in one of the top 8 categories at the event making it the fourth award the film has earned so far this festival season.
The film stars Mayella Lloclla, Raul Chamorro and Magally Aramburu in a seasonal series of short films woven around one Halloween night.
Written for the screen and directed by Mike T. Lyddon, the film is now half way through the festival season and has been featured at six film festivals thus far.
Check out more pics and info on the Cuentos de la Bruja IMDB page. 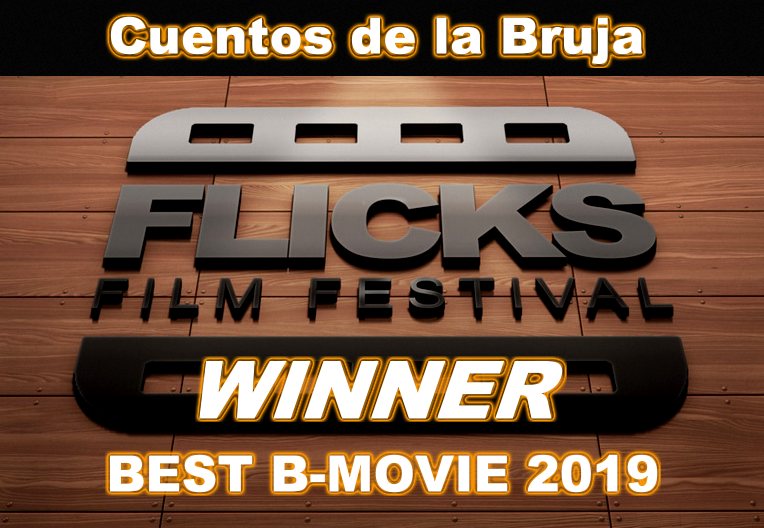