Witch Tales horror anthology movie is now on Vimeo VOD.  With Vimeo, you can also watch the movie on iOS, Android, Apple TV, Roku, and Chromecast.
A seductive witch invites you into her lair for three terrifying tales of terror while she prepares for the ultimate satanic conjuration!
Witch Tales (2020) is the English language version of the indie horror anthology movie made in the country of Peru. Directed and written for the screen by Mike Lyddon, the film is based upon public domain 1950’s pre-code horror comic books similar to Tales from the Crypt.
Witch Tales is the first horror anthology movie in the history of cinema filmed in two languages at the same time utilizing a bi-lingual cast, made entirely in Peru. The original film, “Cuentos de la Bruja,” is in Spanish language with English subtitles, while the English language version is simply titled “Witch Tales.”
The film stars Mayella Lloclla (Vidas paralelas, Dos besos: Troika) and Magally Rojas Aramburú (Mi amor, el Wachimán).
Watch the trailer on Vimeo. 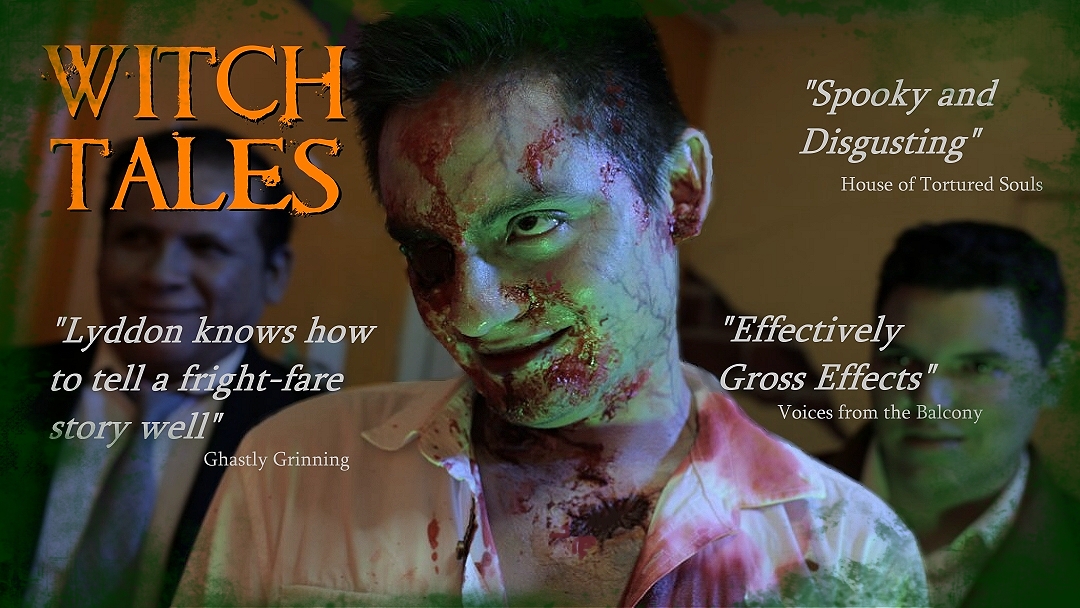