The feature-length horror anthology movie filmed in Peru, WITCH TALES aka CUENTOS DE LA BRUJA, is being released in a special limited release blu-ray and on streaming VOD Thursday, May 28th.
Mike Lyddon’s seventh feature film was shot simultaneously in Spanish and English language, both versions of which are on the blu-ray.
A very special contest is also being created in conjunction with the blu-ray release, so stay tuned to this site for further details! 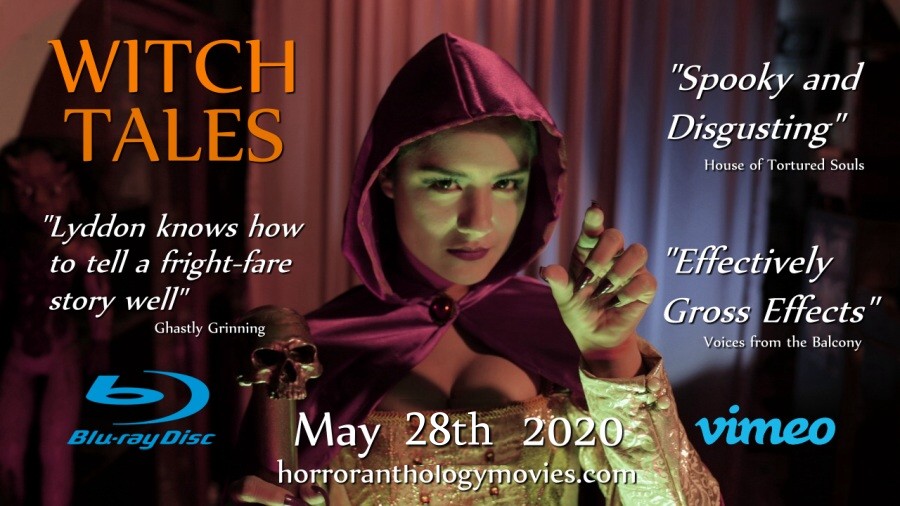