In 2013, Mike Lyddon and Reel Progress LLC released Horror Anthology Movie Vol. 1 featuring 6 tales of terror and clocking in at nearly 2 hours in length.
It was well-received and one of Lyddon’s short films THING IN THE SHED was particularly praised for its creepiness and originality.
“I combined the classic backdrop of ‘One dark and stormy night’ with a cautionary tale about new technology run amok and people really liked it, so I decided to take the original script and adapt it into a short story to sell it.  After a few years and a few dozen rejection notices, Deadman’s Tome publishing bought it this last October for their new horror anthology collection MONSTER PARTY.  It only goes to show that it pays to keep pursuing your goal, even when things look hopeless, because someone, somewhere down the line is going to recognize your work.”
MONSTER PARTY is now available in a limited edition on Amazon. 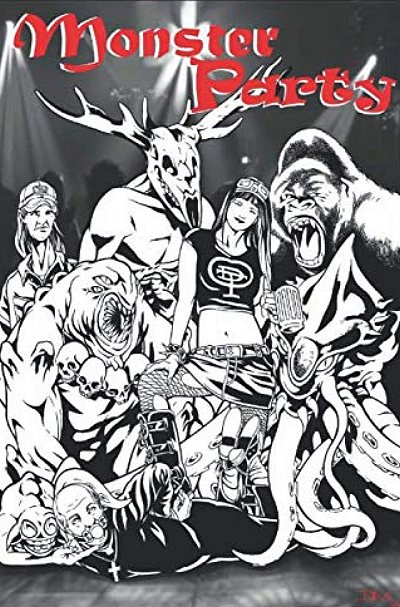