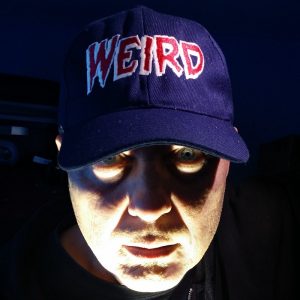 Indie filmmaker Mike T. Lyddon has recently launched his author’s page at Amazon.com.
There are several of the volumes of MONSTER! which contain film and filmmaking articles written by Lyddon.  MONSTER PARTY is a brand new horror anthology book that features his short story THING IN THE SHED.
Thing in the Shed was originally written as a screenplay by Lyddon and developed into a short film which was part of HORROR ANTHOLOGY VOLUME ONE (2013).  The reception for the short film was very good with several critics calling it “very creepy” and “unique” in the indie horror genre.  Bolstered by the critical acclaim, Lyddon did something rather unusual.  He took the original story and screenplay he wrote and adapted it into prose, the exact opposite of what is usually done.
MONSTER PARTY is available in paperback or on Kindle, and free on Kindle Unlimited, so please visit Mike Lyddon’s Amazon Author’s page for more info.