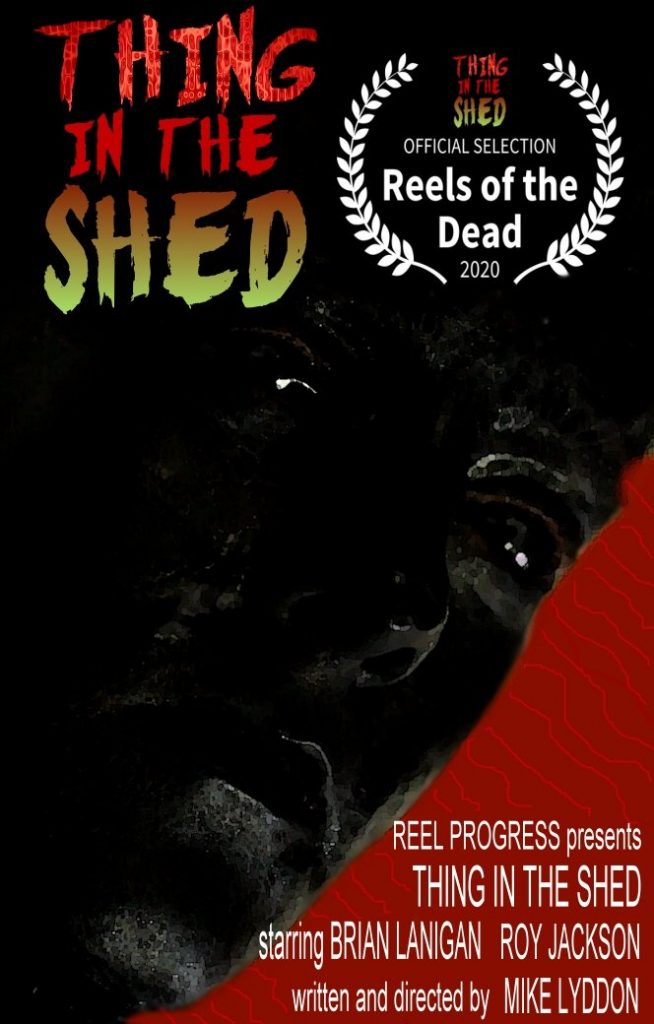 Dateline: Atlanta
Mike Lyddon’s short science-fiction – horror film THING IN THE SHED is an official selection of the 2020 Days of the Dead – Reels of the Dead film festival coming up February 7 – 9 in Atlanta, Ga.
The indie film was originally released in 2013 as part of the HORROR ANTHOLOGY MOVIE VOL. 1 movie.
Last October, Lyddon sold the short story he adapted from the film to Deadman’s Tome Publications and it is now part of the MONSTER PARTY collection available at several outlets including Amazon and Indiebound Books.

For more information on the Days of the Dead convention, click HERE.