Dateline: Atlanta, Ga. – REELS OF THE DEAD, the official film festival of DAYS OF THE DEAD horror convention being held this weekend in Atlanta, Georgia, will be presenting the North American premiere of CUENTOS DE LA BRUJA (WITCH TALES), a new horror anthology movie from independent genre filmmaker Mike T. Lyddon, shot entirely in Peru with a bilingual cast producing both an English and Spanish version of the film.  The version showing at DAYS OF THE DEAD is in Spanish with English subtitles.
For more info on the convention, please visit the OFFICIAL WEB SITE.

Mike Lyddon’s new feature length horror anthology movie CUENTOS DE LA BRUJA picks up it’s second official selection, this time at the REELS OF THE DEAD film festival which is part of the large U.S. horror convention, DAYS OF THE DEAD in Atlanta, Georgia.
The convention features guests CLIVE BARKER, SID HAIG, TONY TODD and many others in a three day genre extravaganza.
Visit the official Days of the Dead website for more info. 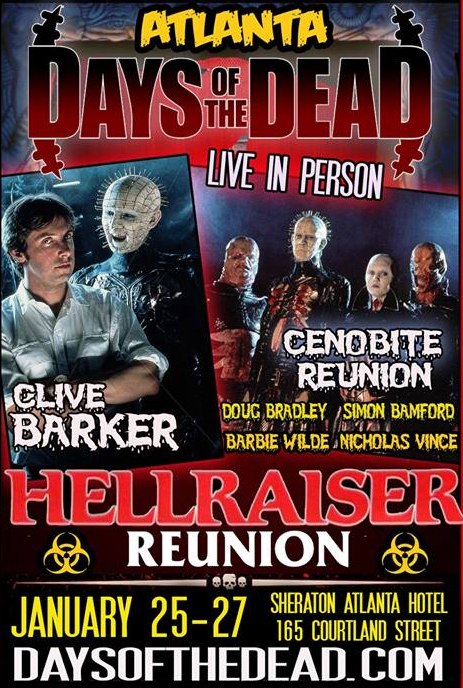 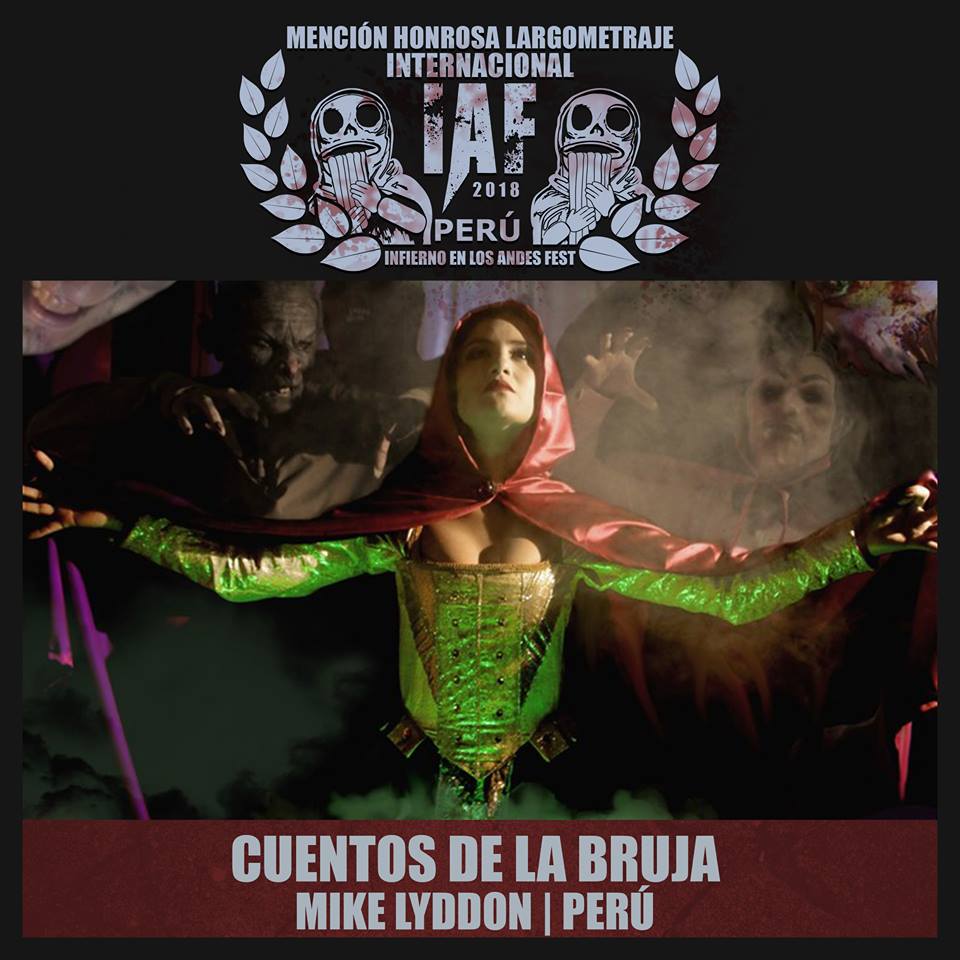 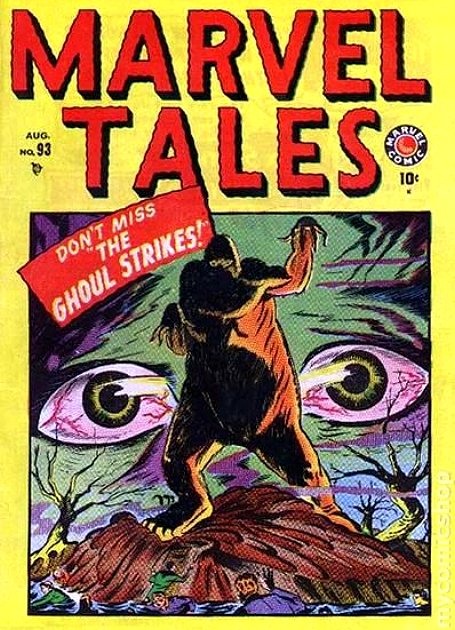 We lost one of modern America’s great cultural icons on November 12.  Stan Lee was perhaps the most influential name in comic books but many do not realize he was editor-in-chief during Atlas / Marvel’s late 1940’s – early 1950’s pre-code comic book run.  During that time, Stan helmed and wrote many of the horror anthology titles and published 100’s of different issues dwarfing the output of competitor, EC Comics.

The pre-code horror enthusiasts at Ghost Clinic have been posting many of the comic book covers and titles on their Facebook page over the last month and have written up a nice little tribute to the pre-code Stan Lee on their official blog.

Mike Lyddon and Reel Progress LLC are pleased to announce that the documentary branch of Reel Progress is now LIVE!  Ghost Clinic is designed specifically for documentaries about pre-code horror comics and magazines and our forthcoming doc HAUNTED THRILLS will be making its film festival run throughout 2019.
Here is an animated teaser, and you can visit the new GHOST CLINIC site here. 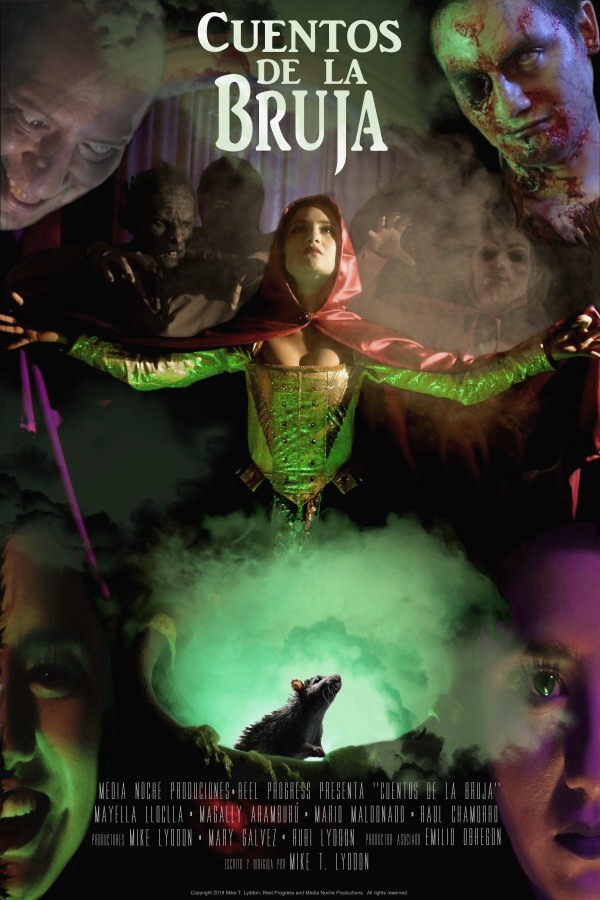 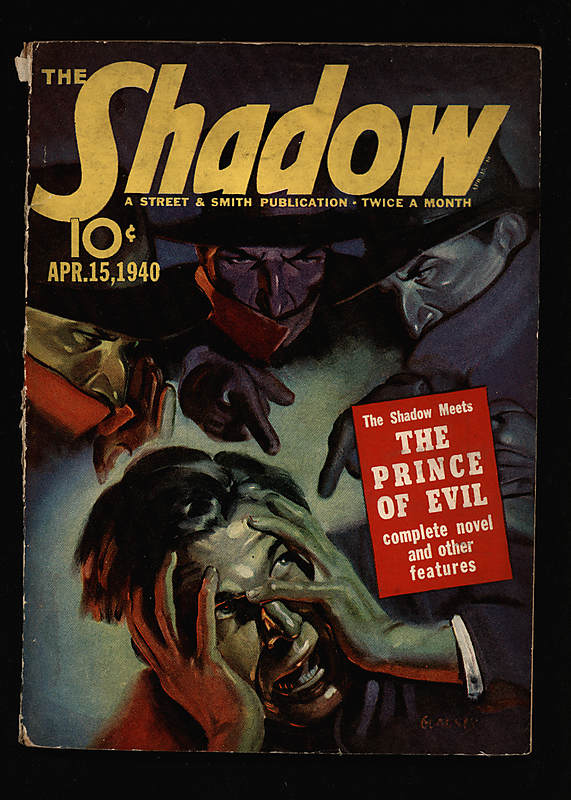 Who knows what evil lurks in the hearts of men? The Prince of Evil knows in this exciting Shadow Pulp magazine from 1940!

The Shadow pulp magazine on sale now.
Golden age pulp magazine The Shadow from April 15th, 1940 – volume 33, number 4 featuring the story “Prince of Evil written by long time Shadow writer Theodore Tinsley with cover by popular pulp artist Graves Gladney.  The index page reads “as told to Maxwell Grant.”
While The Shadow pulp novels were usually written by Walter B. Gibson, there were several instances where other writers stepped in to write the novel.  This was the case with this issue, wherein the lead story was written by Theodore Tinsley.
Also included in this issue of The Shadow pulp magazine are the stories “Jimmy’s Lemon” written by George Allan Moffatt, The Shadow Club and “Codes” by Henry Lysing.
Highlights on the Shadow is a twice monthly feature where readers write in to praise and criticize the previous month’s offerings.
This Street and Smith publication was published twice a month and is rated a 6.0 by Overstreet grading standards.  The cover is gorgeous with great color retention and only a bit of chipping on the upper and lower spine.

This Shadow pulp magazine may be purchased directly or bid upon by going to the Comic Connect link here.