Dateline: Boise, Idaho.
Saturday, November 30th, the Idaho Krampus Con and Film Festival will be showing Mike Lyddon’s short film EXPERIMENT IN TERROR followed by the 2015 feature film, KRAMPUS.  Starring Raul Chamorro, Experiment in Terror is a segment from CUENTOS DE LA BRUJA which has seen great success during the 2019 film festival season.
The story revolves around a couple who are searching for an apartment to rent during the holiday season.  They think they’ve found the perfect cheap place to rent, but sometimes “cheap” comes with a very steep price!
The film starts at 8pm at the Lounge at the End of the Universe in Boise, Idaho.
Please check out the Idaho Krampus Con official Twitter page. 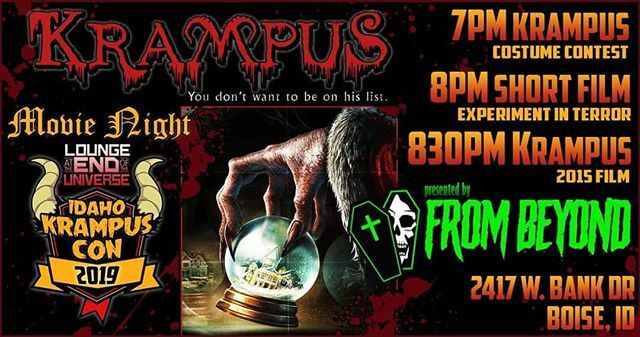 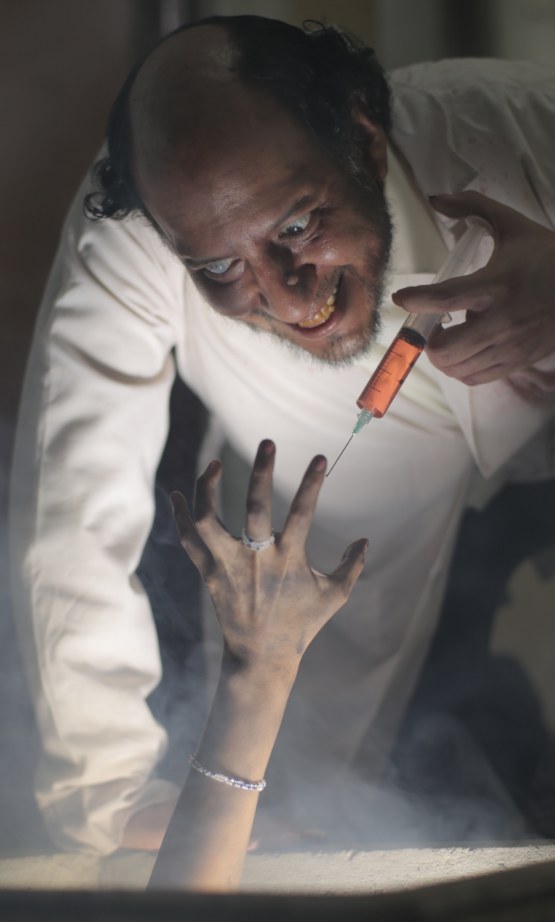 Raul Chamorro stars as Dr. Chadwick in Experiment in Terror.